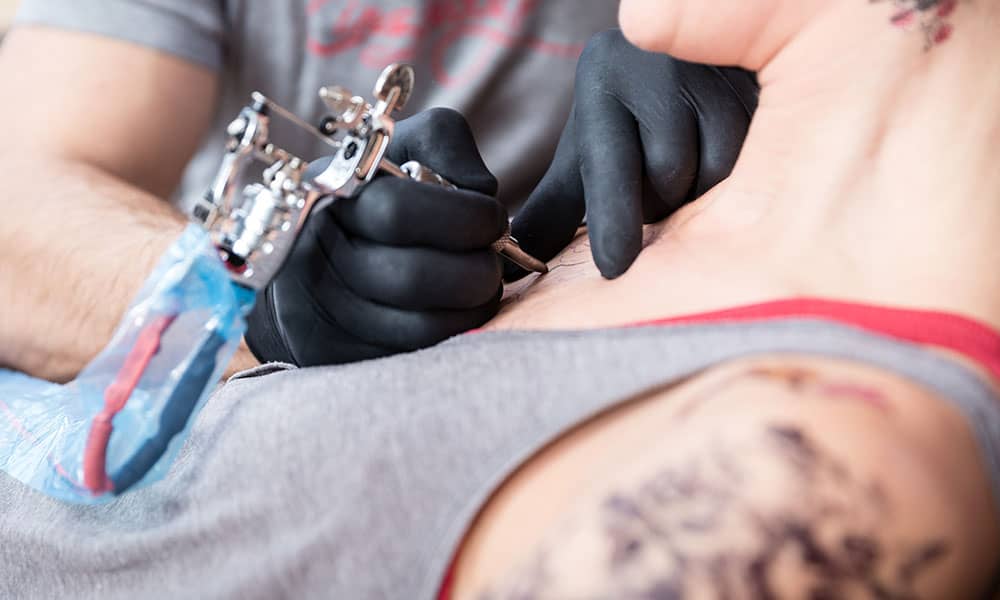 The Secret Art of Designing a Private Tattoo

The number of Americans with tattoos has increased by 21% since 2012. The taboo surrounding tattoos has decreased throughout the years, allowing people to get creative with a variety of ink options. You may have heard of tribal or minimalist tattoos, but what about a private tattoo?

This is a tattoo that has a significant meaning that only you know. Others can interpret it but it is deeply personal. If you’re interested in designing your own but don’t know how to start, you’ve come to the right place.

Keep reading to learn the art of designing a private tattoo.

Think of the Placement

One of the first things that you’ll want to think about before you design a private tattoo is the placement. Where your tattoo is going to be will decide other factors like visibility and size. Not only do certain areas work better for the idea you have, but there’s also the pain factor.

Just because a private meaning tattoo has its own meaning doesn’t mean you need to keep it hidden. If you’re looking for a popular place to put your new tattoo, the bicep or forearm are two great options. There’s also plenty of canvas space if you want a particularly big tattoo.

Hidden tattoos are an option as well; think of a location that can conceal the tattoo with clothes. Some good options include the chest area, behind the neck, and the thigh.

Don’t think that small tattoos can’t be meaningful! Many symbols are perfect for small tattoos and carry big meaning behind them. It’s all about finding the right one.

Meaning Behind a Tattoo

You can indeed design a tattoo that focuses more on the art, without any meaning. However, there are plenty of meaningful tattoo ideas if you’re looking to design a private tattoo. It can be anything from an homage to a loved one or a philosophical viewpoint.

If you’re looking for ideas, consider looking into ancient ruins and symbols of meaning. The first systems of writing developed and used by the Norse were runic alphabets. Each rune acted as letters, but it is more meaningful than that.

Each rune had an ideographic symbol that stood for something godly and magnificent. To write a rune was to summon and direct the energy it held. That is why looking into the rune alphabet is a great idea to find the meaning behind a tattoo.

There’s ‘Uruz’ which means strength of will or ‘Jera’ which is harvest or reward. There are multiple of these, each attached to different symbols. Someone could see it and assume the meaning but they’d only know the meaning if they understood the rune alphabet.

Tattoo meanings don’t have to be particularly cryptic or obscure. This is something that will permanently be on your body, so don’t let anyone’s opinion sway your interests. As you’re designing your private tattoo, search for different sources of inspiration.

This isn’t limited to only other tattoos; it can be anything. If you have song lyrics that mean a lot to you, consider having them tattooed.

Prefer something more hidden? Use the lyrics as inspiration for a design or symbol that only you know is inspired by music.

For example, if the song is about nature and love, then consider getting two trees holding hands. While that might not be exactly what you’re envisioning, that’s the type of creative mindset you want to be in.

Entertainment and media is one way to go. There is also literature, including poetry, as well as other forms of visual art. Maybe take a trip to your local museum; you might find something that inspires you.

There might be a moment when you feel like there are no ideas coming to mind, and that’s okay! Sometimes, the best ideas are those that come to you naturally. You could be speaking to a loved one and they say something that is clearly it.

Don’t put too much pressure on yourself to find the right meaning behind a tattoo. Look for inspiration but also allow yourself to be inspired. Before you know it, you’ll be making an appointment with your local tattoo shop.

With anything that involves your well-being, you want to be in the hands of a professional. This is no different for a tattoo. Now that you’ve designed your private tattoo, you’ll need to get inked.

As eager as you might be to just find the most immediately free tattoo artist, be sure to do as much research as possible. This means looking through reviews and galleries of the tattoo artists that catch your eye. Going with any option, especially if the price looks good, can lead to a less than ideal tattoo experience.

Since you are putting so much effort into ensuring that you are creating a meaningful tattoo, don’t throw that all away by choosing an unprofessional tattoo artist. Look for a shop that has plenty of experience and clearly has its customers’ best interests in mind.

Get the Right Private Tattoo

Tattoos are more than just ink on your body. They’re a way to express yourself, modify your appearance, and put something meaningful on your body. Whether it’s your first tattoo or one of many, you might be considering designing a private tattoo.

This is a great option if you want a private meaning tattoo that others can interpret. There are many factors to consider as you begin the design. If you find yourself looking for inspiration, look at ancient ruins for symbols with great meanings.

Ready for a new tattoo? If you’re located in Maui, HI, or Las Vegas, NV, be sure to contact us!