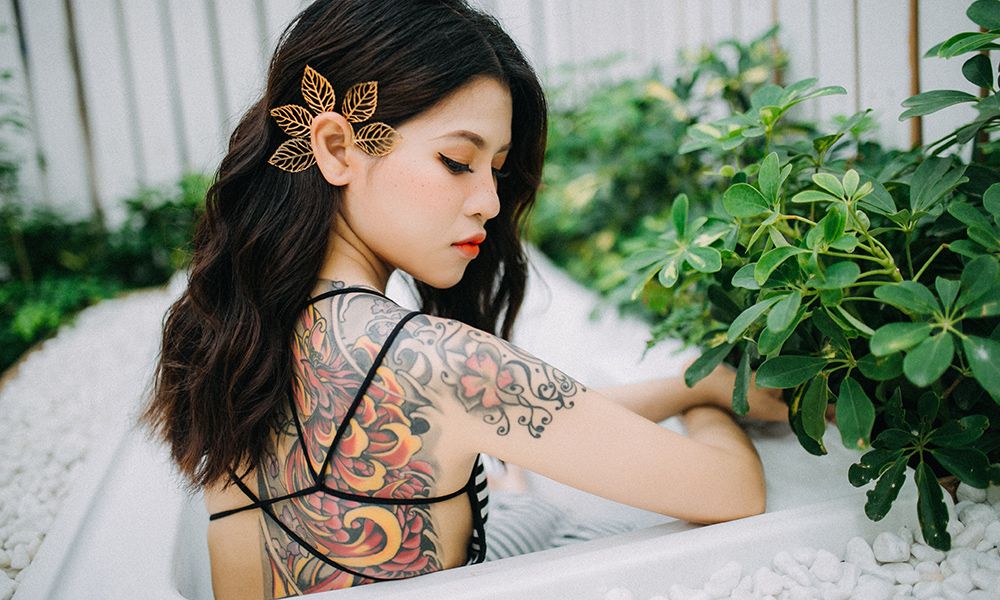 Top Tattoo Styles To Consider When Choosing New Ink In 2020

When you’re planning on getting a new tattoo, especially if it’s your first tattoo, you can get a bit too excited about the design and totally forget about researching your tattoo style.

That would be heartbreaking, considering there is a variety of styles out there, with each one cooler than the next. An owl tattooed with the traditional style is a completely different animal than one done with watercolor tattooing.

That’s both literally and figuratively.

Since you don’t know what you don’t know, we’re here to fix that. Keep on reading for a full breakdown of the top tattoo styles you should check out.

We have to start with our traditions here, with old school tattoos at the forefront.

Whenever you see skulls and roses, then you’re seeing the common design elements present in traditional style tattoos.

The traditional style of tattooing is one of the most well-known and loved aesthetic out there. In addition to its long history, it has huge influencers like Sailor Jerry and others.

Flipping the traditional style on its head, we get some interesting styles like watercolor tattooing.

Inverting the bold lines and bright colors of the traditional style, watercolor tattoos look like watercolor pieces of art. They look like they’ve been painted with a brush in liquid pastels.

It creates a stunning effect and looks almost easy. Yet, doing it with ink on the human body takes a rather talented tattooist with high caliber.

If you like blurry soft effects with a touch of whimsy, then make sure to take a look at watercolor tattoos. As it were, the style is currently in vogue and in high demand.

Nothing can beat the rich history that tribal tattoos just emit effortlessly. Tribal tattoos, which are also called indigenous body art, date back thousands of years.

In addition, they can be broken down into different styles. It follows the separate traditions of tattooing from aboriginal communities on a global scale.

These various styles are compiled under the tribal style. However, industry insiders can easily identify specific types of tattooing patterns according to their source. For example, Zulu tribal tattoos can be rather distinct and different from Maori tattoos.

Classic realism has always been part of the fine arts dating back to the renaissance. It started becoming a tattoo style only around the latter half of the 20th century.

As the demand increased for more realistic tattoos, it bloomed into a fully-fledged style with stunning color or black and grey portraits as a common theme.

In addition, the style encompasses realistic depictions of nature as well as anything that can be photographed. The idea behind the style is a work of art that won’t be out of place in a photograph in terms of style, yet there are surrealist interpretations of portraits that are out of this world.

Another traditional style of tattoos would be the Japanese style, also called Irezumi.

The Japanese style of tattooing originated around the Edo period (1603-1868), with woodblock prints (ukiyo-e) that were trending at the time among the merchant class.

Therefore, you’ll find that a lot of the common elements in Japanese tattooing to be based on folklore and mythical creatures as well as natural elements, like koi fish and cherry blossoms.

Furthermore, what distinguishes the Japanese tattoo style from the crowd is its ability to tell complete stories in a dramatic piece of colors and waves.

Alright, the naming convention is a bit misleading here. New school isn’t actually that new. It gained traction around the late 80s and early 90s, and you can’t really miss it.

In a style that can be described in one word, that is “loud”, it’s identified by its animated aesthetic as well as its heavy portrayal of popular culture and entertainment from that specific time period.

Featuring a lot of exaggeration and cartoonish elements, it can be so much fun to play around this style if you’re aiming for a ‘comic-book’ style tattoo.

Moreover, the imagery can stretch from people to nature-based elements like florals and animals.

Last, but certainly not least, we get to the blackwork tattoo style.

Blackwork tattooing is an immensely broad term that includes almost any tattoo that’s created using black ink, and black ink only. With the use of a single color, great tattoo artists can truly play with contrast and placement to produce amazing pieces of art.

In addition, you’ll find all sorts of blackwork tattoos that can span different styles all at once. You can have a nature-themed piece with illustrative flair as well as watercolor elements (using only black ink, of course), and it would still be a blackwork tattoo.

From beautifully intricate neo-traditional tattoos to bold tribal patterns, choosing your tattoo style the most essential step to take before thinking about your motif and color palette. Now that you’re familiar with the top tattoo styles, you’re good to go.

Yet, always remember to do your research. Make sure to schedule a consulting appointment with your tattoo artist, before getting your tattoo done.

Your tattoo artist might have suggestions to enrich your tattoo’s design and bring it to life.

Ready to get your tattoo? Contact us, and we’ll set you right up with suggestions and appointment times.