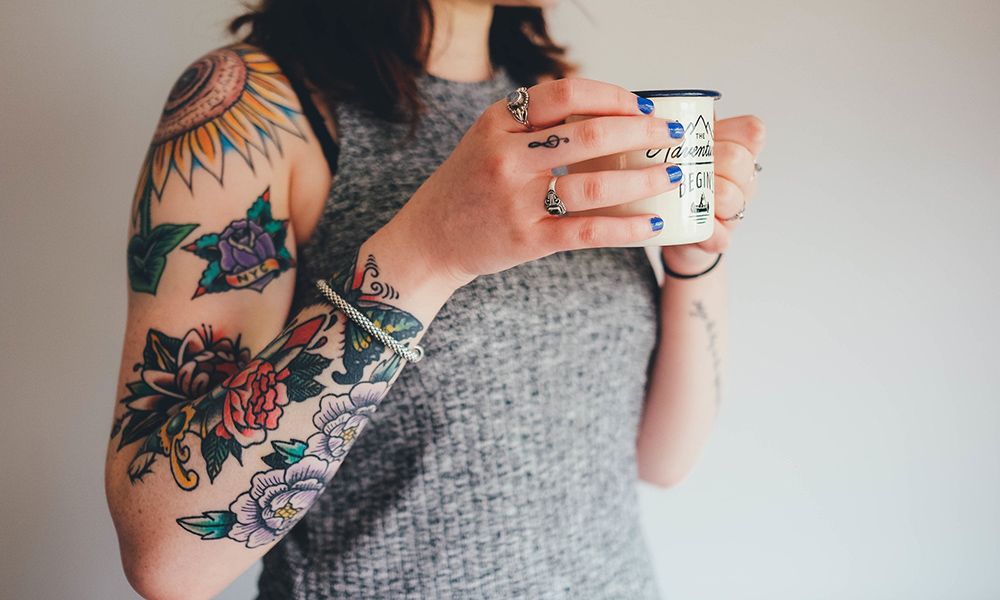 Your Complete Guide To Flower Tattoo Symbolism And Meanings

Your Complete Guide To Flower Tattoo Symbolism And Meanings

Thinking about getting a flower tattoo but not quite sure which flower? We have a guide to flowers and their meanings so you can pick the perfect one for you.

Did you know people have been tattooing themselves for over 10,000 years? The mummies in pyramids had tattoos; Otzi the Iceman – who died in 3300 B.C. had tattoos. There wasn’t a single point of origin – all cultures had their form of tattoos.

Despite that, the tattoo served one purpose only: to symbolize something. Tribes used it to convey meaning through visual representation. People today use it the same way.

That’s why we must take time to think of the perfect tattoo before we let it become a part of our bodies forever. If you want a flower tattoo, you must study the symbolism of different flowers first. This gives your tattoo a deeper meaning.

Check out what symbolizes what in the world of flower tattoos.

A rose is one of the most popular flowers in tattoos and real life. It’s one of those that never go out of style as you can use it to denote several meanings.

In general, a rose represents love and desire. You can change it up using different colors, though.

A pink rose, for instance, is a symbol of grace and happiness. Coral is the color of friendship and sympathy, while yellow is for new beginnings and friendship. A white rose symbolizes purity and innocence.

These are its meanings in real life that also reflects on the tattoos. It can have meanings in the flower tattoo world when accompanied by other objects.

A rose with a dagger, one of the more popular tattoos, can represent either perfection or loss of passion. A skull accompanying this flower can denote life and death or solely death. If the rose has thorns, it symbolizes loss, defense, and thoughtlessness.

You can say that the lotus is the equivalent of the rose in the East but with different meanings. On its own, a lotus symbolizes peace, beauty, and fortune. It also has roots in Buddhism, which uses it to symbolize spiritual awakening.

Lots of its connotations come from how it grows in real life. It has long stalks; even if it’s rooted in mud, it’s as if it floats pure on top of muddy waters.

Its color can change its substance, however.

A red lotus is of the ideal state of heart, symbolizing love, happiness, and passion. The blue lotus represents mind over matter or – in other words – spirituality over impulse. Pink is the Buddha’s lotus, while purple is of the Buddhist deities.

A pure white lotus tattoo is a spiritual tattoo or a symbol of knowledge.

The orchid can have different meanings depending on the culture. By itself, though, it’s meant to look frail yet beautiful. The blossoms hanging from the long stems make it look delicate, yet it doesn’t fall.

In Japan, orchids represent bravery, but in China, this flower has a different meaning. It can be a symbol of many children – so, prosperity and fertility. It can also mean refinement in the country.

In the Aztec culture, orchids are about power and strength. This is in line with its Japanese connotation.

Keep in mind that there are different kinds of orchids, so not all can exude the meaning you might be going for.

Chrysanthemum is a big part of Japanese culture. You might recognize it in the Imperial Seal of Japan, its most notable use. Its link to the royal family makes any tattoo with it majestic and regal.

It’s also a representation of the sun and not only because Japan is the Land of the Rising Sun. The literal translation of the name Chrysanthemum means the golden flower.

It comes from the Greek words “chrysòs,” which means gold, and “anthemon,” which means flower. The reason for this naming is that its original color is golden, much like the color of the Imperial Seal.

This flower can have different connotations, though, depending on how it’s stylized and what images it’s paired with.

It can be a symbol of sensuality and fertility if you style the flower tattoos a certain way. Pair it with a skull tattoo and it becomes a symbol of new life, also becoming some sort of protective amulet. If you pair it with a snake, the tattoo can bring wellness.

You might have already noticed that we have a lot of Eastern influences on this list, but we’ll keep going.

We often associate this flower with Japan, but it grows in other Asian and Western countries, too. Everywhere you go, however, it’s thought of as a most fragile flower.

It possesses a delicate beauty but only for a fleeting moment. Even a slight breeze can blow the blossoms from the tree. As it dances in the wind on its way to the ground, it represents the beauty of one’s mortality.

It symbolizes the appreciation for the ephemeral, whether it’s love or life.

A sunflower is another symbol of the sun due to its resemblance to the heavenly body. The fact that it grows facing the sun is a huge factor, as well.

Apart from that, sunflowers can also symbolize adoration, unconventional beauty, loyalty, and longevity.

The perennial Lily is all about long-lasting relationships, thanks to its nature of never truly going dormant. It’s a hardy flower that best symbolizes partnerships.

The Ancient Greeks also thought of lilies as flowers that came from the milk of Hera, the Queen of the Gods. As the Goddess is a symbol of fertility, this association is present with lilies, too. A lily then symbolizes rebirth and motherhood.

The meaning of lilies draws a parallel in other cultures. The Assyrians and Babylonians, for instance, used to associate the flower to Ishtar, their Goddess of fertility. Christians, on the other hand, associate it with the Virgin Mary.

Not Sure Which Flower Tattoo is Right for You?

The main takeaway here is that a flower tattoo can denote several meanings. Different cultures see it from different angles, and the tattoo style can change its meaning a lot.

Take your time considering which one you’ll get, whether it’s for your first tattoo or not. If you’re unsure what to get and how to represent the meaning you want, talk to us and let us guide you.