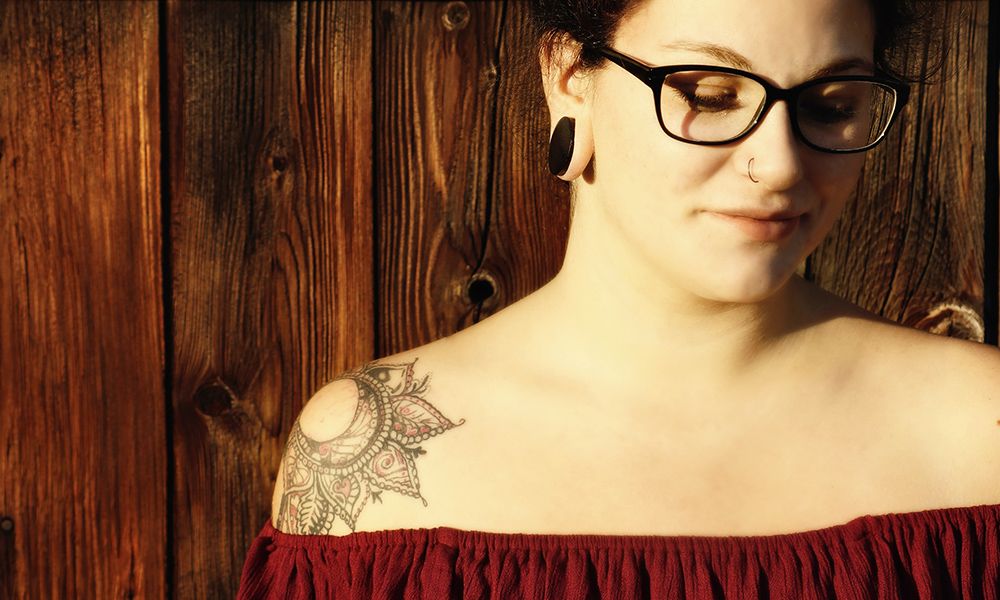 Choosing a tattoo can be tricky, with so many designs and patterns out there. Maybe you don’t have a clue where to start. You want to make sure that you settle on a design that is perfect for you and your style.

Don’t sit there twiddling your thumbs. In this article, we have eight awesome tribal tattoo designs that will get you itching to get into the tattooist chair.

We have selected the best designs for men and women who want a classic tribal tattoo but aren’t sure about what exactly there is on offer. Read on further to check out these awesome designs!

Polynesian tribal tattoos are gaining in popularity these days with many celebrities sporting various of the Polynesian designs. In historical Polynesian culture, there was no writing so stories and culture were expressed through the medium of body art and tribal tattoos.

Polynesian tattoos would give people status in their society, symbolizing strength, power, and wealth.

There is a level of power associated with the heart and arms. In terms of the heart’s ability to pump blood around the body and the arms being the dominant limb in terms of strength.

A running Polynesian design that incorporates the right side of your chest and a half sleeve is perfect for someone who wants to make a real statement. The placement of Polynesian tattoos is important so do your research.

Polynesian tattoos are patterned, heavy on the black ink, with negative space but allow a bit of creative room due to the sheer amount of different Polynesian tribes.

Africa is known for its love of storytelling and myths, and a lot of importance is placed on being bold and courageous.

These African tribal tattoos are meant to demonstrate the strength and bravery of whomever the wearer of the tattoo is. The bigger and bolder the tattoo, the greater the sense of courage.

African styles are dominated by shading and heavy amounts of black ink. It is a more striking effect than other styles of tribal tattoos.

Hawaiian tribal tattoos are a bit more relaxed in terms of the connotations that they represent. Hawaiian tattoos are concerned with animals and water so this would be a great design for any surfers or beachgoers who love the open water.

Animals such as turtles or fish are popular tribal designs incorporated into a loose pattern which often is in the shape of a wave.

Again the Native American tribal tattoos are centered around animals due to their spiritual significance and mythical properties.

These native American tribal wolf design is a totem animal meant to symbolize loyalty and persistence. In Native American folklore, it can also represent a great sense of power and courage.

A tribal wolf design is great for someone who wants more detail in design but also is connected with the myth and folklore associated with the symbology of a wolf figure.

Another gorgeous Native American tribal design is the dreamcatcher. This is a design that is a popular choice for women and men and is meant to dispel and capture any negative or evil energy and promote only good thoughts.

Dreamcatchers are often hung on the walls above beds to ensure a peaceful night’s sleep. The dreamcatcher is a pretty and intricate tattoo design, which has a level of creativity involved with the feathers and the webbing attached to it.

The combination of Aztec architecture, skulls, flowers, and quirky little designs is ideal for someone who wants to have a lot of detail in their tattoo and the freedom to express their own creativity.

You can build up your piece with different mixes of their impressive cultural and historical heritage and customize it in a way that makes it unique.

A real effective but simple design for a tattoo newbie. It is meant to mean the meeting place of divine spiritual energies. It is meant to be a symbolic compass, to help center and guide the wearer, helping them to navigate spiritual decisions.

It is a simple, swirled pattern that can be shaded in black or with colors or can be left as an outline. Ideal for someone who wants to have a spiritual connection to a tattoo or has a Celtic heritage or ancestry.

Quite a few people are meant to be descended from Vikings, why not get a tattoo to represent that?

Vikings were meant to be strong warriors who were likened to Gods because of their bravery and strength. A sleeve design with Nordic lettering and Viking iconographies such as ships and hammers would be a fantastic testament to your roots.

They also have things such as swords, the Valknut (a design of three interlocking black triangles), and ravens. Viking tribal tattoos allow a bit more flexibility than other tribal tattoos, so is perfect for someone who wants a bit of creative leeway.

Tattoo Tribal Designs: Where Can I Find Out More?

We hope you have enjoyed this article on all the various tribal tattoo designs that are awesome for both men and women. This list is by no means exhaustive, there are plenty of designs out there if you do your research.

Make sure you find the best tattoo for you and your skin. The meaning behind the designs can go a long way to best represent your personality and who you are as a person. Show off your skin in the right way!

If you want any further information on tribal tattoo designs, why don’t you contact us directly? Want to get some further inspiration? If so, check out our gallery of tattoo designs.

Visit our Tattoo shop in Maui or Las Vegas