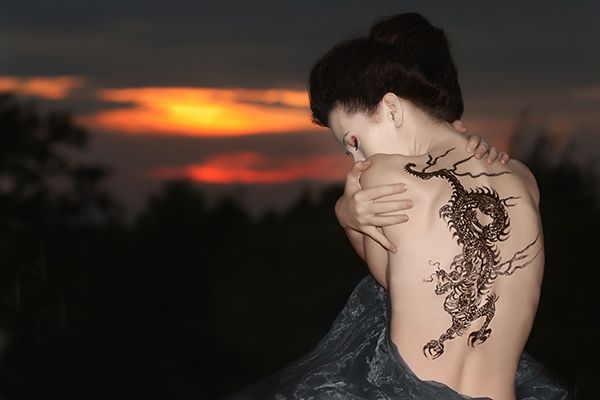 The History of Japanese Tattoo Designs

The history of Japanese tattoo designs is long and rich. Learn more about this stunning style, some classic designs, and the origins of both!

Three in ten American adults have tattoos, and out of that number, seven out of those ten have more than one. Tattoos are no longer considered taboo, a fad, or even a trend.

To the person who wears them with pride, they’re a symbol of their personal story. A testament to all of the love and hardship life has thrown at them.

In a way, they’re battle wounds. They are an autobiography. A way to show art appreciation without uttering a word on the topic.

If you want to tell your own story with ink, why not look into Japanese tattoo designs?

Japan has a rich history filled with symbolism, honor, and mythology. Keep reading to learn more about Japanese tattoo designs, what they mean, and how they can help tell your story. 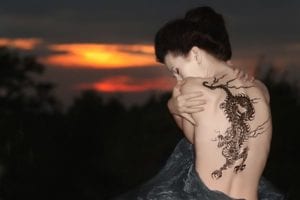 Japanese style dragons are a popular choice. While European dragons were always cruel and angry and more concerned with accumulating wealth and destroying villages, Asian dragons were much different.

It doesn’t matter what part of the world the story originates from, dragons represent power, authority, and respect.

If this sounds familiar with your story, talk to your local artist to see if they can help you map out the right dragon tattoo idea for you.

Japanese style dragon tattoos are often the main part of arm and leg sleeves as well as large chest and back pieces. If you’re looking to take up a lot of canvas with your ink, a dragon tattoo could be right for you.

Are you determined to be successful in life? Do you have the strength to make things happen?

Something with koi fish might be one of the best Japanese tattoo designs for you.

Some legends claim that Koi swim up rivers and climb waterfalls. They are heralded as the brave fish, the aquatic versions of samurai. They built strength by going against the current and as legend has it, the fish would become dragons if they were strong enough to make it to the top of a waterfall.

We all have our own battles that life throws at us. Some of us refuse to go with the flow. We believe we can create our own destiny by forging our own path in the world.

If your life sounds something like this, incorporate these Japanese tattoo designs.

Koi are often depicted as brightly colored with tattoos. So if you want something with lots of color, this is a great option.

But why do they show up so often in Japanese tattoo designs?

The blossoms, in Japanese culture, represent the beauty of life and just how fragile it can be. Why? Because the trees are only in full bloom for a few weeks.

If you have a birthday, anniversary, or some other life-changing event that’s in April, cherry blossoms are a relevant tattoo idea.

Maybe you need a daily reminder that life is short and you should live in the present and be mindful of the world around you as it is. For you, this idea is perfect.

We, as Americans, typically don’t spend enough time thinking about and appreciating what we have for however long we have it. Life is filled with plenty of good and bad.

This tattoo idea may be able to help you with self-reflection and appreciating the good in your life.

Cherry blossom tattoos are frequently seen with Japanese style wind swirls to further push the idea of brevity in life and beauty. You will also see them against dreary and black backgrounds, symbolizing the small bright spots of good in an otherwise depressing world.

This is often referred to as an oni mask. Oni are demons, though the literal translation is “troll” or “ogre”. All supernatural creatures in Japanese folklore are referred to as demons, even the ones associated with good.

Some oni carry out punishment of the wicked. Some believe they are the guardians of the underworld, which is why they are typically found around the dead and the dying or in places where catastrophe is about to happen.

If you’re a spiritual person without a religion to call your own, the oni mask is a great idea for your ink.

These classically have a lot of color like the koi tattoos and are also incorporated into large pieces like the dragon tattoos.

Wind and waves are often used in Japanese tattoo designs as filler. Filler is anything that is basically considered a backdrop to your main piece, such as the koi or dragon.

Wind and wave tattoos are known for their beauty and the swirling art styles used to create them. They are usually black or blue (to represent the sky or water), and the color isn’t what really matters.

The key to quality wind and waves are the shading. If you’re a shading fanatic, no matter what Japanese tattoo designs you’re after, ask about including these as part of your filler work.

They also have some symbolism all their own. Nature is certainly a force to be reckoned with and these tattoos help to symbolize and accentuate strength, fluidity, and movement.

What matters way more than symbolism is choosing a design you love. It’s going to be on your body for a long time.

You also want to vet your artist. Check out their portfolio and chat with them for a bit. You want someone who is skilled and makes you feel comfortable in their chair.

If you’re in Las Vegas or Henderson, Nevada, or on Maui, come in and chat with us. We’d love to hear from you. You can also contact us today on this site to book an appointment or schedule a meeting.