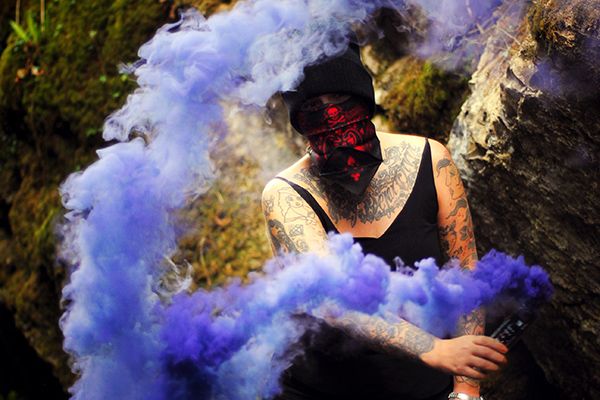 Everything You Need to Know About Glow in the Dark Tattoos

Glow in the Dark Tattoos – Everything You Need to Know

Have you been considering whether or not to buy into the trend of glow in the dark tattoos? We break down everything you need to know, including the good, the bad, and the questionable. 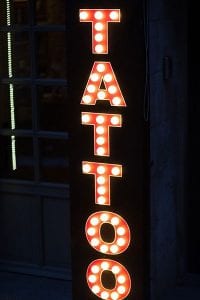 Every year, there are new fads and trends which become popular for a few months throughout the year. These inevitably die off before the strike of midnight. The trends of 2018 got a little weird. Anyone remember the male rompers?

While some trends such as the one named above are more for entertainment, other fads take off among Pinterest users and health-obsessors alike, such as the keto diet.

The popularity and acceptance of tattoos have raised drastically over the years. In fact, four out of ten U.S. adults aged 18 to 69 have at least one tattoo. This leads to the 2018 trend of glow in the dark tattoos.

If you’re considering getting a glow in the dark tattoo, continue reading. We have the facts and answer popular questions we know we’re wondering about. Read on!

What are Glow in the Dark Tattoos?

There are two types of glow in the dark tats – which make new or old pieces almost-invisible to the naked eye. The ink jobs typically contain bright, fluorescent colors which are invisible in daylight.

The tattoo ink used is an ultraviolet (UV) ink. Contrary to popular belief, it doesn’t contain the chemical compound phosphorus – the stuff used in glow sticks. This new UV ink doesn’t glow in the dark but instead becomes visible under black lights.

There are two different types of UV ink used to create these neon tats. As mentioned earlier, they don’t have the capabilities to glow on their own unless put under a UV light or a blacklight.

Invisible UV ink isn’t visible to the naked eye. By itself, the skin may appear red or slightly raised until you put a black light over it. For a different look, you can get invisible UV ink under or over regular tattoos to give it a glowing effect.

This ink is made from fluorescent ink, but if made properly it doesn’t contain any phosphors or other toxic chemicals.

The other type of UV ink is colored. These look like regular tattoos until you get under a UV light. The tattoo will start to glow, the colors turning to a more fluorescent palette.

To make these tattoos more striking and noticeable, people will often use them in combination with invisible UV ink.

We know some trends aren’t for everyone, but tattoo trends seem to have caught many people’s attention. Know the good and the bad about glow in the dark tattoos to make an informed decision about your newest ink addition.

Invisible UV inks are a good choice for those who have strict workplace guidelines on visible body art and piercings. Not only will these make you more professional in the workplace, but it makes a tattoo more impressive once it becomes visible with the pop of fluorescents and colors.

There are more than 45 million people who have tattoos in the United States. Due to this high statistic, it makes having a one-of-a-kind tattoo almost impossible. UV ink tattoos are rare and unique, helping you stand out or blend in.

Despite how beautiful and mesmerizing these inks are, they do have some drawbacks to consider before making your next appointment.

Another problem some tattoo enthusiasts have come across is a reputable tattoo shop which will do this kind of ink, or carries the right kind. The UV ink is harder to work with, and some artists are inexperienced with using this kind that they’ll overwork the area.

Though fading can happen in regular tattoos, especially after extreme sun exposure, fading is more likely to happen in UV tattoos. They have a short lifespan with regular touch-ups required at least every few years.

Due to how young glow in the dark tattoos are there are still many questions about them. While we’ll have to wait and see about the long-term effects, we do have some answers to the most asked questions below.

Are Glow in the Dark Tattoos safe?

We mentioned earlier the above tattoo inks don’t use phosphorus, but there are many side effects to consider. While some tattoos are rejected by the wearer’s skin, these glow in the dark tats are rejected more frequently than typical ink.

In some cases, the skin becomes so irritated and uncomfortable the tattoo has to be removed altogether.

As of now, UV ink seems to be safe minus the side effects and allergic reactions recorded in some cases.

How Long Do They Last?

Glow in the dark tattoos should have the same lifespan as a regular tattoo, but, they do fade over time. As mentioned earlier, because this is a new trend the full effects of the UV ink are still unknown.

Are They FDA Approved?

The FDA continually researches the effects of regular tattoos and it is important to note that they have not officially approved UV ink or any tattoo ink. 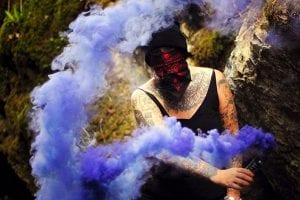 It’s hard to tell whether the glow in the dark tattoo trend will continue to grow in popularity or if it will fade as others have in the past.

Until then, it’s important to learn as much information as possible about them before deciding on a permanent addition, whether you use UV ink or not.

Make sure to consider all the pros and cons before making your decision, and if you notice a skin reaction like the ones stated above, contact your tattoo artist immediately. For more information on tattoos or to make a consultation at one of our locations, contact us!