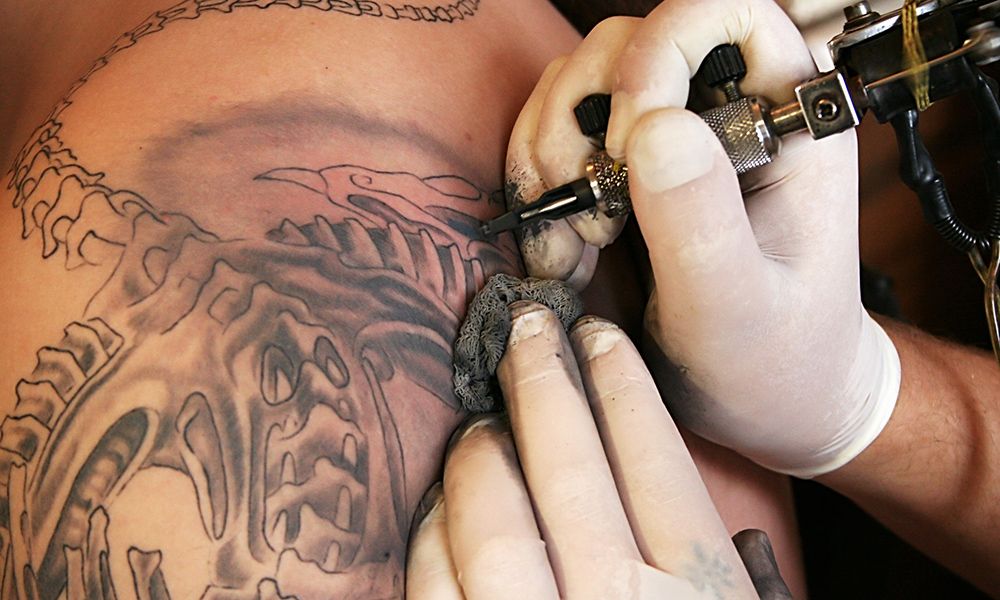 Biomechanical Tattoo Designs and Their History

Biomechanical Tattoo Designs and Their History

Popularized in the late 1970s, the biomechanical tattoo style may be a relatively new one. But it still has quite the interesting history to offer. Learn more here!

Have you seen an intricately detailed tattoo which resembles something along the lines of half forearm, half machine?

This is known as a biomechanical tattoo. It’s one of the most identifiable, statement-making tattoo styles on the market today. It’s also one of the newest tattoo styles with a very unique history and background influence.

If you’re keen to learn more about this influential tattoo style, read on! We’ll outline everything you need to know in this post.

A Brief History of the Biomechanical Tattoo 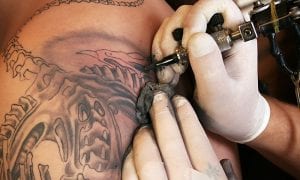 Also known as a biomech tattoo, this style of tattoo artistry was actually born in an era where tattoo traditionalism was at its peak.

As you can imagine, this controversial style which combines the human form and mechanics truly made itself known. The style itself was both pioneered and popularized by two well-known tattoo artists of their time: Guy Aitchison and Aaron Cain.

However, the true history of biomechanical tattoo designs is credited to H.R. Giger, the architect of this organic meets mechanic style.

Both Aitchison and Cain’s tattoo style brought with it bold color and an element of luminescence. Conversely, Giger’s original style was described as devoid of color and highly concentrated on his signature airbrushing technique.

Over the past few decades, since the biomechanical trend took off in 1979, both Aitchison and Cain’s original biomech style has fluctuated in popularity.

The Birth of the Biomechanical Aesthetic

The year was 1979. The sci-fi/horror film genre was about to be forever changed with the birth of the cult classic film, Alien.

The artistic genius behind the forms in this graphic film was H.R Giger, the artist credited with developing the biomechanical aesthetic.

As a painter and artist, Giger worked to create a medium that combined human forms with alien shapes and viscera. His work became massively popularized in the 1980s, thanks to his association with outsider art groups in the horror film and punk music scenes.

His signature biomech style was then cultivated into what it is today. We now know it as biomechanical tattoo designs, along with many other artistic variations.

What’s the Meaning Behind Biomech Tattoos?

Most people prefer to view their love for biomechanical design as a love for all things sci-fi and horror related.

Art is always open to interpretation. Therefore there could be any number of reasons a person chooses a biomech tattoo sleeve. It’s been said that many people choose biomechanical design as a representation of something ”dark” or ”alien” living inside them.

This could refer to dealing with inner demons or a dark past. The wearer may even be harboring some sort of ”alien” alter-ego that not many people know about.

This tattoo style has also become popular simply because of its intricate aesthetic that many people want to replicate.

Most commonly, biomechanical tattoos will be represented by the following characteristics:

This being said, there are two subsets of this tattoo style present today. One subset tends to focus on the mechanical, technical side of biomech design. The other focuses on the alien, organic, visceral aspect.

How good is your tattoo knowledge? If you’re looking to brush up on a few interesting facts, keep on reading.

Tattoos were once used as a simple form of identification by Native Americans and sailors. Due to the fact that many Native Americans were illiterate, they used pictures and tattoos as a way of signing their names.

Likewise, sailors who failed to keep track of identity documents would rely on tattoos to confirm their identity.

In 1936, the social security number was invented. This saw hoards of people having these numbers tattooed on their skin as a form of identification.

The electric pen was an incredible invention in the world of tattoo artistry. It was invented by none other Thomas Edison.

The electric pen went on to streamline the tattoo industry, making it quicker, cheaper and more accessible to everyone. Originally, the electric pen was invented to reproduce handwritten manuscripts.

Soon it evolved into the artistic tool it is today.

3. Tattoos Used to Be a Symbol of High-Class America

In 1862, the Prince of Wales visited Jerusalem and got a tattoo. This spurred on a similar trend amongst other European royals.

By the 1890s, the trend had made its way across the ocean to the shores of America. Much of high society was keen to join the trend.

In 1900, up to 75% of New York’s high-class socialites sported a tattoo design. It was a true sign of upper-class indulgences at the time!

4. The Macy’s Logo Is a Tattoo Design

The highly successful department store logo is none other than a simple tattoo design. It’s taken from the hand of Mr. R.H Macy himself.

As a teenager, he had the five-pointed red star tattooed on his hand when aboard a whaling ship in 1837. The star was meant to represent the American flag.

Later, it went on to be used as the popularized logo we know today.

Looking to Get Inked?

Are you going to be in the Las Vegas area and looking to get inked? Make your way to Skin Factory Tattoo & Body Piercing for expert artists.

At Skin Factory, we take pride in offering a truly personalized service. Whether you’re looking for a biomechanical tattoo or something simpler, our artists can do it all.

For a high-quality tattoo experience at affordable rates, we are your Las Vegas go-to! Take a look out our Vegas artistry work here.