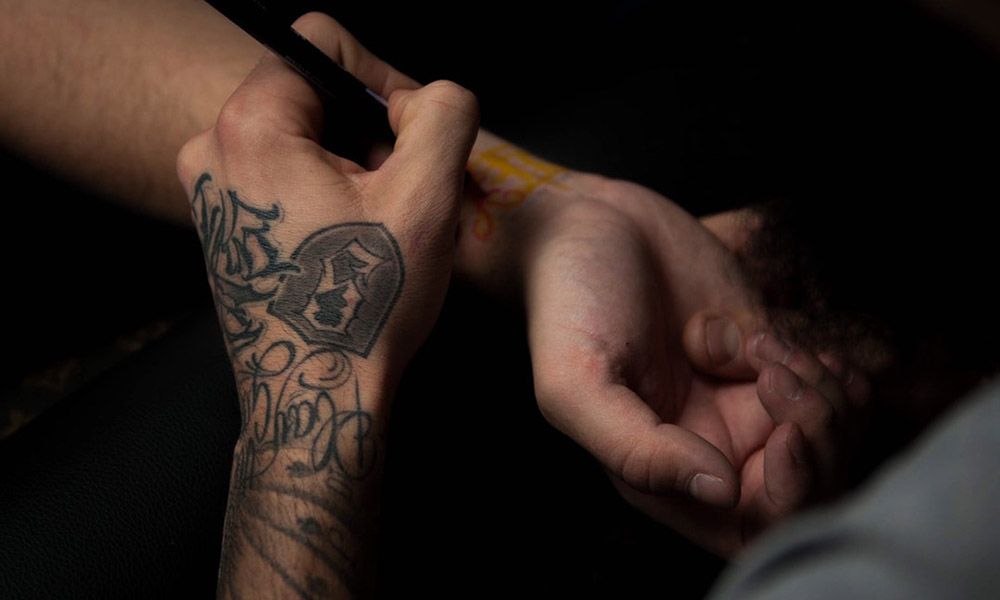 Whether you’re getting ready for your first tattoo, or you’re already completely covered, you should know about these 10 awesome types of tattoo styles.

Around 70% of Americans who already have tattoos have more than one. First-time tattoo-getters be warned: once you have one, you just can’t stop!

Maybe you already have a tattoo idea in mind, but you’re not sure how it should be executed. Or perhaps your craving for new ink has been halted by having no idea what you should get.

Fortunately, there are plenty of tattoo styles to choose from, and we’re here to present them to you. Just like clothing, different tattoo styles give off a different vibe. Here are some of the most common types of tattoos that should inspire your new tat:

New school tattoos aren’t necessarily new, but their uncanny designs make them timeless. There’s no way to tell exactly when this tattoo style started, but most experts speculate that it was popular during the 70’s all the way to the early 90’s.

When you look at these tattoos you can tell that they were inspired by the bright colors and psychedelic styles that were prominent during 70’s and 80’s. New school tattoos are eye-catching with characters that are cartoon-like and exaggerated. So, if you’re into kooky-looking art, you’ll definitely be intrigued by this tattoo style.

You’ll know when you spot American traditional, or old school tattoos. They’re characterized by having a restricted amount of colors, along with heavy outlines that surround a flat image. These tattoos are far from boring–their vibrant colors and classic designs make them suitable for anyone.

The American traditional style started hundreds of years ago with sailors. When Captain Cook and his crew landed in the Pacific Islands, they were inspired by the tattoos that were on Samoan, Maori, and Polynesian people.

Sailors decided to make their own tattoos which consisted of anchors, women, knives, and more. The tattoo style has since evolved, and it’s now designed with recognizable crisp and bold images.

Tribal tattoos are some of the first body ink in tattoo history, originating thousands of years ago in Polynesia. This style varies, as each aboriginal tribe had different designs. These tattoos are symbolic of a person’s life–unique tattoo patterns and motifs are used to communicate certain messages.

Traditionally, black lines are drawn into intricate patterns on a large area of a person’s body as a part of a spiritual ceremony. Nowadays, the western world has put their own spin on these designs drawn with similarly beautiful artwork.

This style takes old school traditional tattoos and gives them a contemporary update. Artists in the 1950’s took the outdated style and vamped them up with newly-learned tattooing methods.

The designs are similar to their old school origin with prominent outlines and the same bold colors. Unlike old-school designs, neo-traditional takes on 3D artwork and doesn’t always stick with using the typical traditional tattoo symbols such as anchors and roses.

Watercolor tattoos are one of the newest and hottest types of tattoos, as many young tattoo-lovers have opted to get tatted with this unique style.

Your Watercolor tattoos are pretty self-explanatory–tattoo artists take the type of watercolor you see in art museums and replicate it on someone’s body. With this style only being around for about 5-10 years, it can present a fun, new challenge to a number of tattoo artists.

Irezumi, or the traditional Japanese tattooing style has been around for hundreds of years. It began during Japan’s Edo period from 1603-1868 when several ukiyo-e artists rose to popularity for their fascinating woodblock prints, along with their tattooing skills.

Using traditional Japanese folklore, artists created designs with creatures like dragons, phoenixes, tigers and koi fish. The tattoos usually span across a large portion of a person’s body and feature a complex, rich design. Today, many westerners are wearing these traditional Japanese tattoos.

Some tattoos look so real that it looks like a photo of a face has been printed on a person’s arm. These talented tattoo artists work to make a replica of a photo on your skin.

This style usually doesn’t entail dramatic colors and absurd caricatures–the style is intended to make the design look real. That doesn’t mean that these tattoos can’t be inked in color, as both grayscale and color can be used.

Blackwork consists of tattoos that are done completely with the color black. You might think that tattoos all-black tattoos are unexciting and bland, but this is completely false.

These types of designs are far from limited. Tattoo artists conquer unimaginable challenges with just one color–from detailed portraits to abstract designs, blackwork tattoos can be almost anything.

Have you ever dreamed about being a cyborg? If you have, consider fulfilling your dreams with a biomechanical tattoo. These tattoos are designed to make mechanical parts look integrated with the human body.

An example of one biomechanical tattoo could be an arm ripping open to reveal a mechanical skeleton underneath. These remarkable tattoos can make anyone feel invincible.

Maybe you were a fan of doodling in your notebook back in school. The sketches you created probably weren’t that great, but they had that distinct, rough feel to them. Sketch tattoos are just like doodles, but a lot better.

Don’t worry, it won’t look like a first-grader just scribbled on your arm. These designs consist of unique artwork that has an authentic look. Think of it like Monet doing a quick doodle on your hand–it comes out looking fantastic but has the appearance of being sketched. 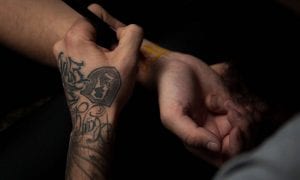 2019 Tattoo Styles.  It can be incredibly difficult to pick your favorite tattoo styles. Each style has its own character, from a classic vibe to a culturally significant story, or an artful science-fiction fantasy. You can decide whether your next tattoo will be a shoutout to your tatted ancestors or if you want to take the modern route.

Whether it’s your first time getting a tattoo, or if you’re a self-proclaimed tattoo connoisseur, it’s always important to choose the right place for your next tat. Contact us today to schedule your next work of art.